The Mission Field Is Here - The Time Is Now!

SHARING THE STORY OF JESUS 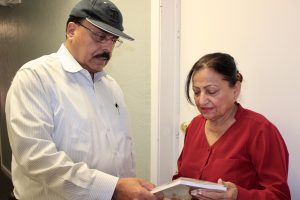 The face of America is changing. America itself has become a world mission field. When we go back 50 years, American Christian missionaries were going all over the world volunteering to tell people the story of Jesus. Today, we are blessed to have people from all over the world coming here to be our new neighbors. In these immigrants, refugees, foreign workers, and students we have been handed a lifetime of volunteer mission opportunity. The world is at our doorstep, including millions of Hindus, Muslims, Sikhs, and Buddhists who do not know the way of salvation. That is why POBLO International Ministries has taken the Jesus Film Project as a vital mission project. Nothing could be more effective, or have more of a lasting impression than a film telling the story of the Savior’s life.

POBLO Ministries is one of the few missions which deploys missionaries across America who go out to share the good news of Jesus on a daily basis. There are numerous organizations which lecture about the world religions, but few who work at the grass-roots level, volunteering to tell others about Christ’s love. Our missionaries are always hitting the streets of America, meeting people, building relationships and sharing the Gospel. Through friendship and hospitality, our missionaries and volunteers earn the right to share the Good News. POBLO Ministries has established many volunteer programs to serve new Americans. Immigrants and refugees from non-Christian religions attend these programs. There, they get to know our missionaries and volunteers, who then have a chance to tell them the story of Jesus.

The details are as follows:

1. Adopt the Jesus Film Project as a congregation.

2. Mail the Jesus Film Package to your neighbors.

3. Sponsor Distribution of the Jesus Film.

POBLO’s vision is that over the next two years the Jesus film will be placed in 200,000 non-Christian homes. Statistics say that when a Jesus film DVD is placed in a single household, within 2 years it will be viewed by up to 50 people. This means that 200,000 DVDs would touch the lives of around 5 million people, and many would come to faith when you take this simple step of making DVDs available. The Jesus film will kindle a light prompt many questions in the hearts and minds of those who would watch it. They will never be the same!

POBLO has established volunteer programs that specifically cater to immigrant and refugee women in communities across the U.S. Many women immigrate to the U.S. with their husbands or families on work-related visas but do not work themselves. This can be particularly isolating when they don’t speak much English or have any social connections. POBLO has developed a number of ministry programs to help Christian women connect with immigrant and refugee women in their communities. English and sewing classes are a key strategy for connecting with these women and meeting their social and emotional needs, as the majority of participants in POBLO’s English and sewing classes are women.

POBLO is also raising awareness among Christian women about Islam. It has become increasingly common for young Christian women to date and marry Muslim men and convert to Islam, yet many of these women and their families are unaware of the cultural change and loss of freedom involved when marrying into a Muslim family. We provide training and counseling to pastors, churches, women, and families on how to respond to such situations. 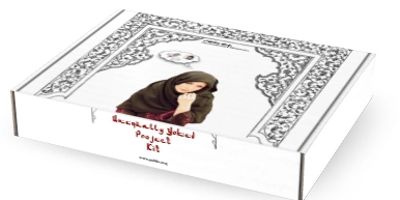 Find out why it is critical to understand the profound cultural and religious differences between Muslims and Christians when considering entering a relationship with a Muslim. This brochure provides information on various topics, including how Islam views women, marriage, adultery, divorce, rape, domestic violence, and modesty.

MORE THAN A BACKPACK

This project will provide your school or youth group with two primary resources:

More Than a Backpack is a project developed by POBLO International that is aimed at educating students in the U.S. about what it’s like to be a refugee child from another place in the world. It will develop greater understanding of what life is like in countries like Bangladesh, Iraq, and Pakistan, as well as what it is like to leave your home and move to a new country because of political or religious persecution or war and violence. We hope that by sharing this information with students and telling the story of some of the refugee children that POBLO has assisted, they will develop greater awareness, empathy, and compassion for refugees. The More than a Backpack project provides your school or youth group with an exciting opportunity to learn about a topic that is particularly relevant and timely given the current global refugee crisis. The Bible is full of stories about refugees, and Jesus Himself was a refugee for a time, so this is an issue that we, as Christians, should care deeply about.

“Posterity will serve him; future generations will be told about the Lord.” -Psalm 22:30

Who We Are POBLO International is a Christian organization volunteering and working to transform the way missions are approached in the United States by responding to the changing demographics that have brought the mission field to our own front yard. We serve immigrants and refugees. We train and educate churches on how to engage in cross-cultural outreach. We share the Gospel message. We love people.

To meet the physical, social, and spiritual needs of Muslims and other immigrants and refugees in the United States by sharing the love of Jesus in practical and culturally relevant ways.

To empower churches in the United States to engage in cross-cultural outreach so that Muslims and other immigrants and refugees have the opportunity to hear the Gospel message.

Contact us today to learn more about our volunteering campaigns and how you can get involved. 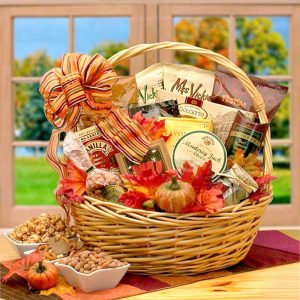 POBLO International is to provide 15 Thanksgiving baskets for families in need and we need your help!

Our goal is to bless 15 or more families with turkeys and non-perishable food items so that they will enjoy a Bountiful Thanksgiving Dinner.

In addition to frozen turkeys or chickens (as refugee families prefer Chicken), we encourage donations of stuffing, cranberry sauce, and canned vegetables. Items should not be in glass containers.

Every bit helps a family have a chance to celebrate and enjoy Thanksgiving! Connect with us to send your donation!
Thank you!